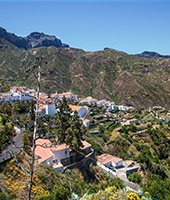 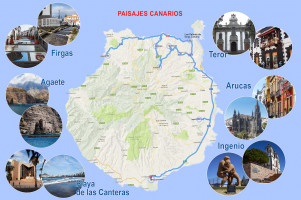 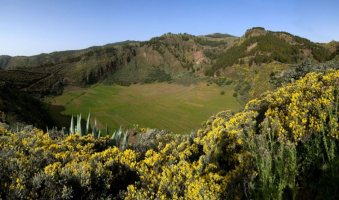 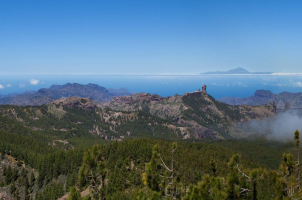 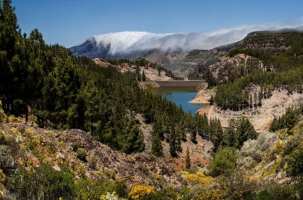 Audience
For all ages

Language
35.00 €
Price
From
Buy
The north of Gran Canaria has the most rugged and steep landscapes on the island. Its coast is winding by impressive cliffs that stop the fury of the Atlantic. We will visit some of the most emblematic towns of the island. As we usually say, each corner is a world in itself.

Ingenuity. His town is a place that surprises us for its picturesque corners, which preserve its historical heritage, a town that is due to the cultivation of sugar cane. One of the traditions currently alive in this municipality is to keep active the elaboration of fabrics with their laborious openwork, all thanks to the work of the women of the Villa.

Arucas. It offers an experience of sensations that begins as soon as you arrive in its historic center. The old town of Arucas has the denomination of historical-artistic interest. The Parish Church of San Juan Bautista is the architectural piece with the greatest presence and social value in the municipality. Heritage, culture and tradition will be a constant during your visit to this municipality.

The visit to the Arehucas rum distillery is not included in the tour itinerary (it is optional).

dread. Located in the northern region of the island of Gran Canaria, the town of Teror is one of the oldest inhabited centers of the seven Canary Islands. Founded after the apparition of the Virgin in 1481 and declared a Marian town at the end of the 16th century, Teror has a vast religious heritage that includes a basilica, convents and houses of noble families. Calle Real de la Plaza has been the social and regional epicenter of this town for five centuries.

Firgas. The old town of Firgas is worth a walk to appreciate the numerous corners of tourist interest that the municipality has. We visited the Paseo de Gran Canaria and the Paseo de Canarias, which are located in the heart of the city center and in what used to be Calle Real del Centro. The beauty of Firgas lies in visiting the "Balcony of the Atlantic", as it has the most beautiful views over the ocean from all over the north, east and west of Gran Canaria.

Snow Port. Puerto de Las Nieves is the coastal area of ​​the municipality of Agaete. Currently, it has become the main maritime connection between Gran Canaria and Tenerife, it is a picturesque and charming fishing village on the north coast of Gran Canaria. It has a typical Canarian atmosphere and character with amazing cliffs.

Impressive and small beaches, which although rocky, have cold and crystal clear waters. In history, the image of the broken Roque or popularly known as "the Finger of God" remains.
BUY
Description

Visit with us the most emblematic villages of the island, walking through their streets, we can enjoy the Canarian architecture, customs and local crafts. It is only necessary to make a tour of their villages to immerse yourself in a changing world that changes its appearance, in just one bend of the road.

Begin about 10h. The pick-up at the hotel will take place after 8:00. The return to the south is at approximately 7pm.