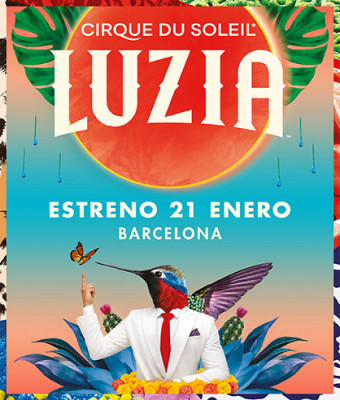 The name LUZIA is the fusion of the words "light" and "rain", two main elements for the creation of the show. Through fresh and hypnotic stunt numbers, LUZIA takes traditional and contemporary circus disciplines to another level.

LUZIA is a world of fantasy, a journey between dream and reality. Through visual surprises and spectacular acrobatics, the show guides the audience through a surreal journey through a world of wonder, humor and stunning art.

From an old movie set to the sea, from a smoke-filled dance hall to an arid desert, LUZIA puts on stage different places, faces and sounds of Mexico, which drink from both tradition and modernity.

Written and directed by Daniele Finzi Pasca, with the collaboration of Brigitte Poupart, LUZIA transports the spectator to an imaginary world, where everything seems like a dream, where light calms the spirit and rain soothes the soul. Finzi Pasca is a stage director, as well as a clown and an expert in the world of the circus, who has already created another great production for Cirque du Soleil, Corteo. With LUZIA, he has achieved a unique show that, for the first time, integrates water as an artistic element within a Cirque du Soleil tent production.

Luzia takes you to an imaginary Mexico, like in a dream, where light calms the spirit and rain soothes the soul. With a surrealistic series of great visual surprises and impressive acrobatic numbers, Luzia brings to the stage places, faces and sounds of Mexico, taken from traditional and modern sources.

Water as a source of inspiration

Integrating the element of water adds a level of acrobatic complexity never before seen in a Cirque du Soleil tent. The Cyr wheel performers perform the unprecedented feat of spinning and rolling in the rain, while an aerial artist suspended on a trapeze flies and spins in the pouring rain.

Luzia transports the audience from a film studio to the ocean, a semi-desert in a watery world, a cenote, a jungle, an alley in a city, a dance hall, moving smoothly from an urban environment to the natural world, from the past to the present, from tradition to modernity.

The Mexican people's fascination with the animal world is evident in the country's traditions and mythology, as well as in its traditional crafts. Luzia's world is inhabited by surrealistic animals of all sizes.

Luzia explores the combination of hoop jumping, a traditional Chinese circus discipline, with two giant treadmills to generate speed and exponentially increase the number of daring jumps they perform.

Experience the magic of Cirque du Soleil in its iconic Tent 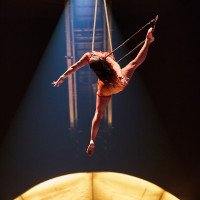 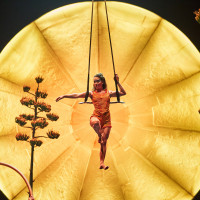 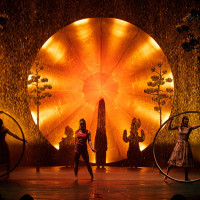 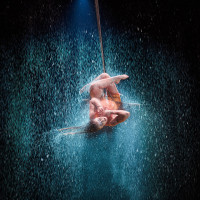 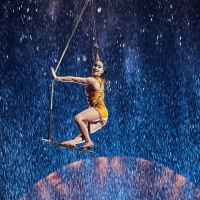 LUZIA takes you to an imaginary Mexico, as in a dream, where light calms the spirit and rain soothes the soul. Freely inspired by Mexico, LUZIA is a poetic and acrobatic ode to the rich and intense culture of a country whose richness comes from an extraordinary mix of influences and creative clashes, a land that inspires wonder with its stunning landscapes and architectural wonders, driven by the indomitable spirit of its people. LUZIA's paintings weave a contemporary and intricate mosaic that awakens the senses and transports you to a place suspended between dreams and reality.

How long does LUZIA last?

LUZIA is a two hour and five minute show, including a 25 minute intermission.

Is LUZIA suitable for children?

Like most Cirque du Soleil shows, LUZIA is meant to entertain the whole family. Now, certain moments with loud noises and darkness used throughout the show may scare some children.

Can I change or cancel my tickets?

All entries are final. There are no exchanges or refunds.