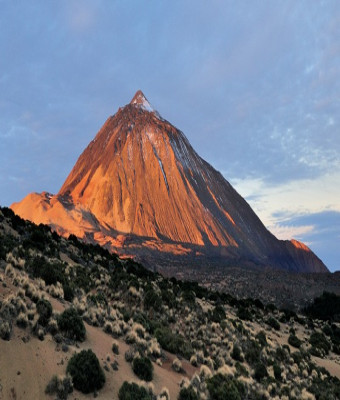 EXCURSION TO THE TEIDE FROM SANTA CRUZ

With this excursion to the Teide from Santa Cruz de Tenerife you will enjoy the Teide National Park during the stop of your cruise in the capital of Tenerife.

Cruise ships are the best.


High sea, fun on board and stops at different geographical points to enjoy the virtues of the destination in record time.


You know that Tenerife is much more than sun and beach.


On our Teide excursion from Santa Cruz you will enjoy the heart of Tenerife, the Teide National Park, in style for 5 intense hours filled with pure volcanic emotions.

You know that what you really want to live during the stop of your cruise in Tenerife is an experience that you will take a long time to forget.


With this excursion to Teide from Santa Cruz de Tenerife you will enjoy contemplating the volcanoes that formed during the most recent eruptions of the friendly island and knowing the history of how the islands of the Canary archipelago were formed.

This excursion to the Teide National Park from Santa Cruz does not include lunch, although you will have free time to have lunch and recharge your batteries to continue discovering the Teide and Tenerife in record time.