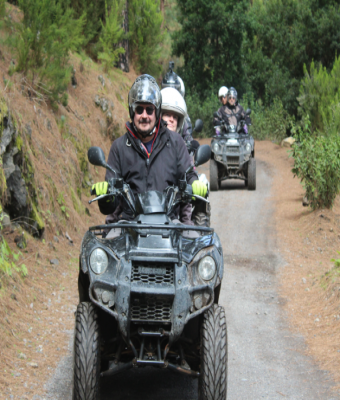 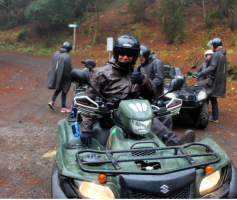 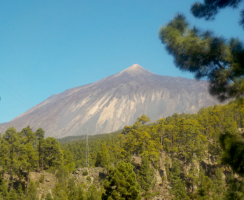 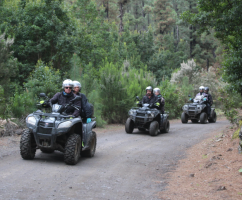 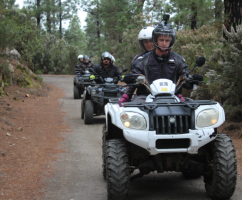 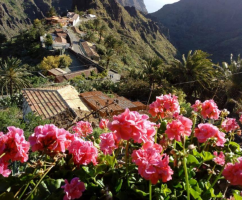 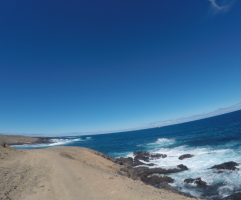 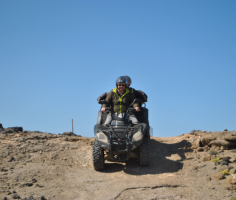 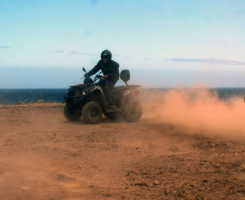 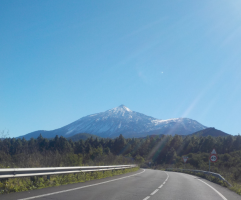 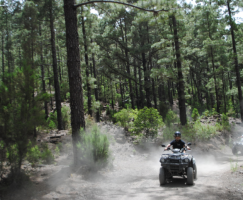 True initiation to the pleasure of off-roading, go for a fantastic walk to an exceptional area: the Teide National Park.

For groups of up to three quads, your guide will take you to discover the Canarian pine forest, the true tree of life for the island.

On the way we will stop at Mount Chineyro, the last volcanic eruption on the island in 1909.

Excursion "Descubrimiento Bosque del Teide" + discovery of this beautiful village that is Masca, you will also enjoy the Canarian cuisine.

"The Route of the Volcanoes" (restaurant included)

From Santiago del Teide, a small mountain village at 935 m altitude, pass through the gate of Santiago del Teide at 1117 meters in the direction of the north coast of the island, passing through small gardens on stairs typical of the Canary Islands, and then descend through banana plantations of the village of Silos bordering the ocean, to follow a walk along the coast (near Garachico) to discover the natural pools formed by the ocean.

After lunch, you will climb to the heart of the last lava flow of the Chineyro volcano to join the foothills of the Teide National Park and the mythical Canarian pine forest, as well as the breathtaking views of the volcano.