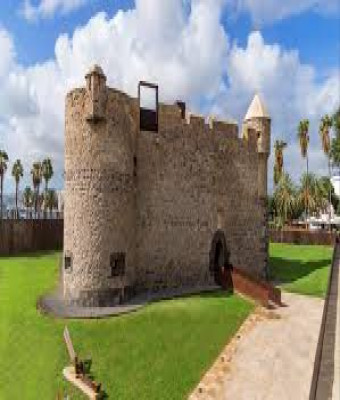 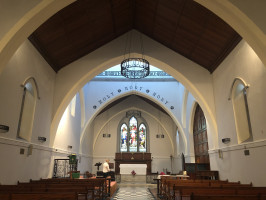 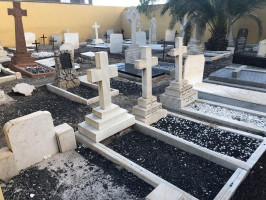 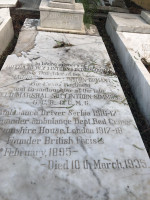 ROUTE: "BRITISH INFLUENCE ON THE PALMS OF GRAN CANARIA".

Our route will begin in the area of the Port, concretely in the Castle of
the Light, where we will be introduced in the history of those first contacts, to
from the 16th century, when the first chronicles of some of the relationships between the
of commercial and also warlike exchanges between Spain and England,
with the addition of some details of possible previous contacts listed in the
literature on the subject. We will continue with a tour that includes the Market of the
Port and the Beach of Las Canteras, where we would try to expand the information
the influence of the English community in different areas of life.
of the city, already entered in more recent times (nineteenth century, the first century of the
English hospital, the first tourists, the ethnic communities coming from the
English colonies in the east...), all of course centred on the construction of the
Puerto de la Luz as an engine of modern development of the city and the region. This
the first part would end in Santa Catalina Park, with the Elder buildings and the
Miller as symbols of that progress that came to the Canary Islands by the hand of the
and the main economic-social milestones that drove life, in the United States.
general of Las Palmas de Gran Canaria: introduction of the agriculture of Las Palmas de Gran Canaria
export, electricity, running water supply in homes, contact
with the outside, etc...

From the Park we will move in means of transport towards the
English Cemetery, in the heart of the popular neighbourhood of San José. This space, hidden and
almost unknown to the local population, is a true historical treasure. There they are
buried many influential people from British society at the end of the 20th century.
nineteenth and early twentieth centuries. From the hand of the lady responsible for the care of
this space we will be able to know practically the history of each one of the
families and people who rest there...
Afterwards, on the way to the Hotel and the surroundings of Ciudad Jardín, we will stop at
briefly on the Paseo de la Cornisa, in Ciudad Alta, for a general view of the city.
of the areas visited and make a compilation of the above.
Then, we will descend to wander through this 'neighborhood of the English', visiting the
Anglican church, Doramas Park and Metropole (club and town hall),
Roman Park... We will make small stops to comment and read some paragraphs
or poems by Canarian and foreign authors who allude to that contact
that has united us, to end up in the British Club, with a visit to the
facilities, comment on some of the customs introduced by the community
in the social life (and especially sports) of the Canary Islands, and we will close the
activity with a nice lunch (or whatever is planned beforehand).
We estimate the duration of the route to be between three and four hours, depending on the
number and conditions of the people in the group. At all times, the
the expectations of the members of the group (although the itinerary will be in Spanish).
clearly established), and we will always try to ensure that the communication is fluid and
allows the participation of all the people present in the activity.

09:30 - 11:30.- Beginning of the route and route through Castillo de La Luz, Mercado del Puerto, Playa de Las Canteras, Parque Santa Catalina where we will stop for a coffee and sweets.
11:30 - 12:45.- Trip to San José neighbourhood and visit to the English Cemetery.
12:45 - 14:15.- Drive to Altavista and walk through Ciudad Jardín to Club Británico, passing through the Anglican Church and other areas of interest until you reach Antiguo Hotel Metropole (the current Las Palmas de Gran Canaria Town Hall).
14:15.- Lunch at Club Británico (next to Parque Romano). Here we will leave the clients enjoying at their own pace lunch and dinner, returning on their own to the Hotel Santa Catalina.