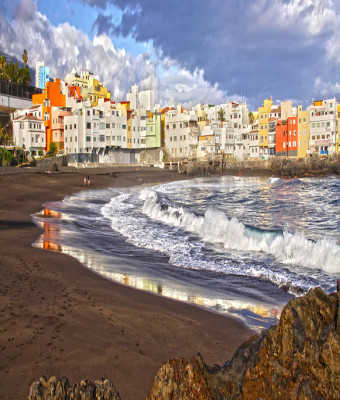 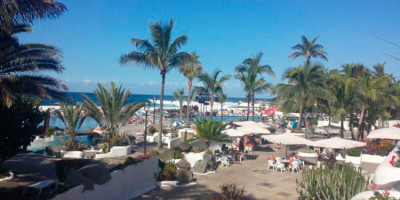 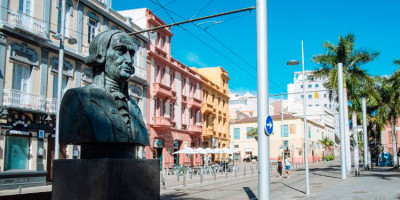 Information about the excursion
Despite being the smallest municipality in the entire archipelago, its population density makes Puerto de la Cruz the second most populated of the islands. It was in Puerto de la Cruz where tourism began in the Canary Islands, initially associated with the European enlightened elites interested in the climate, botany or other environmental factors, without overlooking health reasons, as it was always a destination for the sick who appreciated the healing properties of its temperate climate.

In this city in the north of the island the possibilities are diverse: from visiting the Lago Martiánez leisure complex (lakes and swimming pools, the work of the great Canarian artist César Manrique), to the Plaza del Charco (the neuralgic and commercial centre of the city), the Botanical Garden, the Paseo de San Telmo or Playa Jardín (with black sand, with gardens and shops, an area also designed by César Manrique).

In addition to the classic places of interest already mentioned, this tourist destination very popular among British, Germans and Spaniards, also treasures other pearls such as the hermitage of San Telmo or the Site Litre, eighteenth-century home that once served as a dwelling for illustrious visitors such as Agatha Christie or the famous German explorer Alexander von Humboldt.

Includes:
- Transportation to and from your hotel in the south of Tenerife

Not included:
- Guide The client will have free time to visit the city, the bus will pick you up at the same place it left you.
- Lunch

Children's age: from 2 to 11 years old. Children under 2 years of age are considered babies and are free of charge.