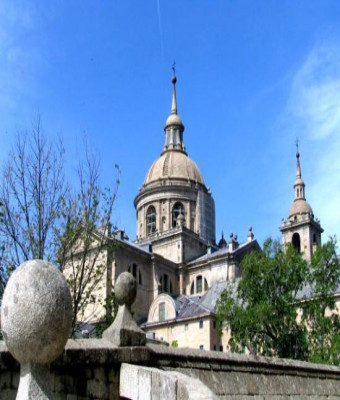 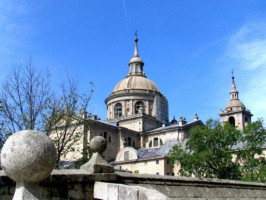 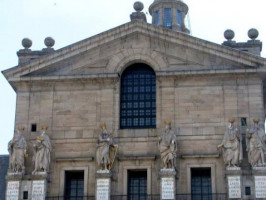 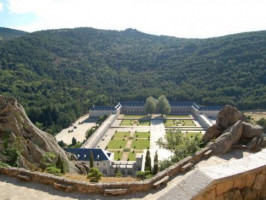 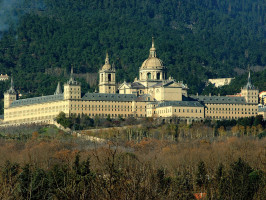 The Escorial and Valley of the Fallen are just 6 miles apart but they represent two extremes in Spanish history: the Golden Age and the dark days of the Franco dictatorship. This half-day tour will allow you to explore these fascinating sights and learn all about them.

A symbol of Spanish power in the 16th century, construction of the Escorial Monastery was governed by reason, symmetry and balance, in accordance with the tenets of Renaissance humanism. Our visit will start at the Palace of the Bourbons, where the highlight is a fine collection of tapestries, some executed by Goya himself. Then you will pass through to the Hapsburg Palace, also known as the Palace of Philip II. These rather stark chambers were built as a royal residence for the kings of this dynasty. The next stage of the tour is a visit to the impressive Pantheon of Kings. We will also visit the Basilica itself with its façade flanked by twin towers.

The Valley of the Fallen is the massive mausoleum ordered by Franco and carved into a mountain by prisoners between 1940 and 1959. This haunting site features an excavated basilica, a 150-metre cross and the tomb of the dictator.

Languages
Spanish and English from Tuesday to Sunday and in Italian on Tuesday, Thursday and Saturday.

To join your tour please go to: JULIÁ TRAVEL, C/ SAN NICOLÁS 15 (next to Plaza de Ramales). If you need to modify your booking, you must cancel the existing booking and issue a new one. Cancellation fees may apply according to the rate conditions.
Supplier: JULIATRAVEL. Emergency phone: +34 618246192 (Monday - Sunday 8am-8pm).