Royal Monastery of El Escorial, The Valley of the Fallen and Toledo Half Day Tour 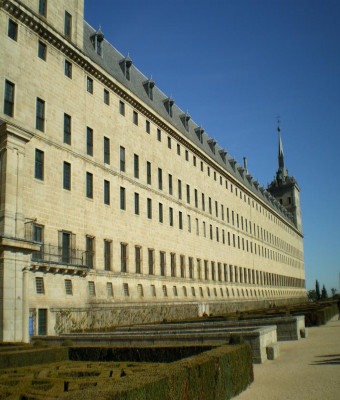 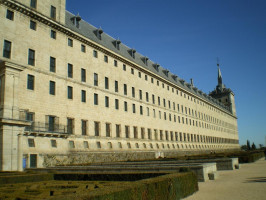 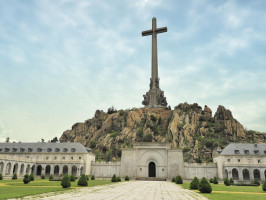 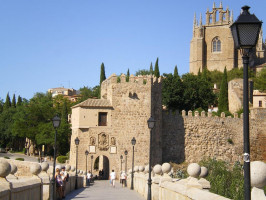 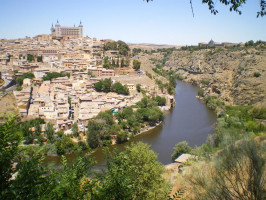 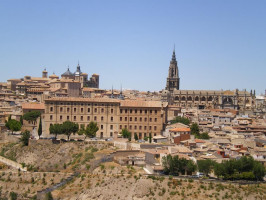 Combine 2 half day tours and save money! In this tour we will visit the Royal Monastery of El Escorial, an architectural ensemble declared a World Heritage Site; and the Valley of the Fallen, a basilica that stands out for its gigantic size.

Royal Monastery Of El Escorial: We will start our visit at El Escorial, symbol of the Spanish power in the XVI century that commemorates the battle of St. Quentin. It is also mausoleum for Charles V. Due to the symmetry and balance of its construction, according to the humanist Renaissance style, it had been considered for years the eighth wonder of the world. The visit includes the Habsburg Palace, the Kings and Princes Mausoleum, the Chapter House and the Basilica.

Basilica of the Valley of the Fallen: Located 9 km away from El Escorial, this enormous monument was built between 1940 and 1959 to honor the fallen during the Spanish Civil War. The basilica is carved into the mountain at 1350 meters of altitude, where an impressive 150 meters high cross places itself over the magnificent landscape of Madrid’s mountain range.

You will have approximately 1 hour between the first and the second part of the excursion to have lunch.

The different options of the tour excursion are listed below:

Without Lunch – No lunch included (at your own expense).

With Lunch – The menu includes: a starter and a main course to choose, bread, a drink and a dessert.

Second part of the excursion in Toledo:

Discover the “City of the Three Cultures”! Located 70 km away from Madrid is Toledo, a beautiful city-museum declared World Heritage Site by UNESCO. It is one of the oldest towns in Europe and has a great artistic beauty and buildings from almost all periods in history (Arabian, Gothic, Mudéjar, Renaissance and Baroque style). Toledo is called the “City of the Three Cultures”, since Christians, Muslims and Jews lived together. In the XVI century, it was also home to the great painter El Greco.

The tour includes the outside view of the Cathedral; Church of St. Tomé (*) with El Entierro del señor de Orgaz, masterpiece of El Greco; Synagogue of Santa María la Blanca; Monastery of San Juan de los Reyes; demonstration of the famous technique of damascene (incrustation of precious metals in steel) and Panoramic Sightseeing of Toledo.

(*) The Church of Santo Tomé could be substituted by the Monastery of San Juan de los Reyes.

The activity does not include:

To join your tour please go to: JULIA TRAVEL OFFICE: San Nicolás 15 (Next to Plaza de Ramales). Duration of the tour: 10 hours. Guide languages: English and Spanish. Please ensure you arrive at the meeting point at least 15 minutes prior to the tour start time. End point: The tour ends at Plaza de España. Remember to bring the voucher and valid photo ID with you. If your voucher does not include a QR code, please download a new voucher with a QR code from www.yourparkcode.com