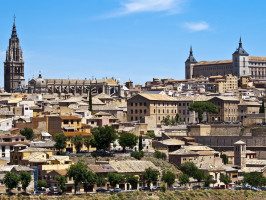 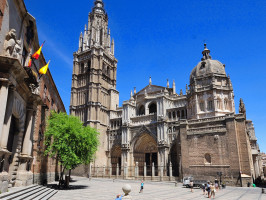 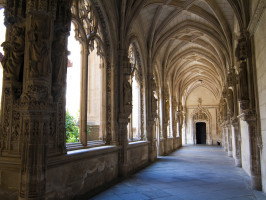 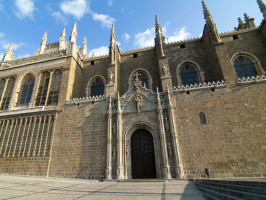 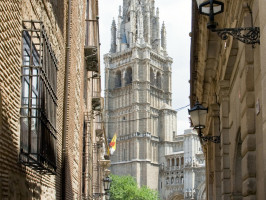 Sport, Sightseeing, tours and museums
ACCESO GRATUITO
Selection of dates
Summary
Total: € Continue
BUY
Description
Step back in time with a day trip to the City of Three Cultures.

Meet with your guide in the center of Madrid to begin a trip a one hour to Toledo, located just 70 km away from the capital. Once there, you will have free time to enjoy the Toledo City Tour. Do not miss out on a walk through the fascinating old town, which has preserved the layout of the Middle Ages. Stroll the narrow streets and admire the beauty of its monumental complex, which covers almost all periods of history: Arabic, Gothic, Mudejar, Renaissance and Baroque.

Declared a World Heritage Site by UNESCO, Toledo has been a fine example of coexistence between cultures for centuries. Jews, Christians and Muslims have all populated this land, also known as the Imperial City for having been the court of Charles I. Why not discover a city-museum of great artistic beauty and the oldest in Europe?

Toledo at your leisure and tourist wristband
If you choose the option with the tourist wristband, you will gain access to 7 of the most important monuments in the city: Synagogue of Santa Maria la Blanca, Church of the Jesuits, The Church of Santo Tomé-Burial of the Count of Orgaz, Monastery of San Juan de los Reyes, Mosque of Christ of the Light, the Church of El Salvador and the Royal College of Noble Maidens. The wristband is for individual use and non-transferable. No expiry date, (valid until it is taken off.) Do not change the wristband in any way. If it is lost or removed it will no longer be valid
After the tour ends, you can enjoy your day in Toledo however you wish.

The activity does not include:

Departure from Terminal Madrid - San Nicolas, 15 (Plaza Ramales), From October 26th San Nicolas street nº15, at 08:45 am, where our customers will be given their boarding pass. Scheduled arrival time in Toledo at 10:00, approx. Pick up time in Toledo for return to Madrid at 06:30 pm at Paseo de Recaredo 24, in front of the restaurant “Hacienda del Cardenal”, near Puerta de Bisagra. Arrival in Madrid at 08:00 pm approximately at Plaza de España 7, in Juliá Travel’s office.INCLUSIONS: • Roundtrip ticket from Madrid to Toledo on air conditioned motor coach. • Walking tour (1 hour) in English and Spanish • Only if the add-on is chosen: Toledo Tourist Wristband including access to Synagogue of Santa María la Blanca, Church of los Jesuitas, The Church of Santo Tomé-Burial of the Count of Orgaz, Monastery of San Juan de los Reyes, Mosque of Cristo de la Luz, the Church of El Salvador and Real Colegio de Doncellas Nobles.