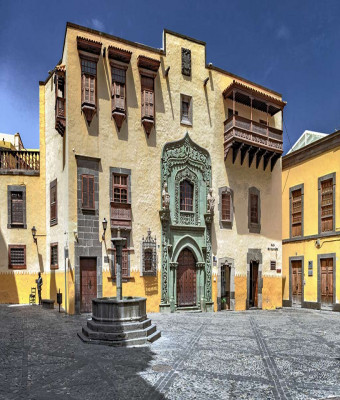 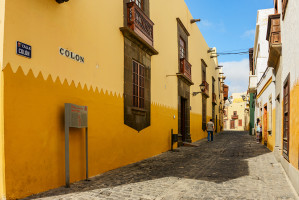 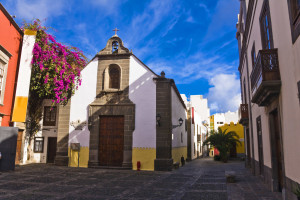 Guided visit to the historic centre of Vegueta and Christopher Columbus.

Vegueta was declared a National Historic-Artistic Site on April 5, 1973. It is a Gothic quarter of the fifteenth century in which Juan Rejón founded the Real de las Tres Palmas in 1478.
We will visit the enclave where the conquest of the Canary Islands began, in the Plaza de San Antonio Abad, and the old Calle de los Portugueses with the Hospital de San Martin, from the 15th century. We will cross winding alleys where we will be able to admire the first noble houses built after the conquest of the island. Later, we will move along Los Balcones street, Plaza del Pilar Nuevo, from where we can enter our Cathedral of Santa Ana (optional), with its Gothic interior and its historical contribution.
We will continue through the Plaza de Santa Ana, with its monumental group of emblematic and representative buildings of the society. We will finish at the Governors' House or the Columbus Museum (optional), to learn about the magnificent history of the building and of the famous navigator Christopher Columbus, who stopped on the island three times in the four trips he made to the New World.

Comments: You must go on your own to the Plaza de las Fanas meeting point next to the central fountain. It is a walk, lasting about 1 hour. Does not include tickets to museum or cathedral.